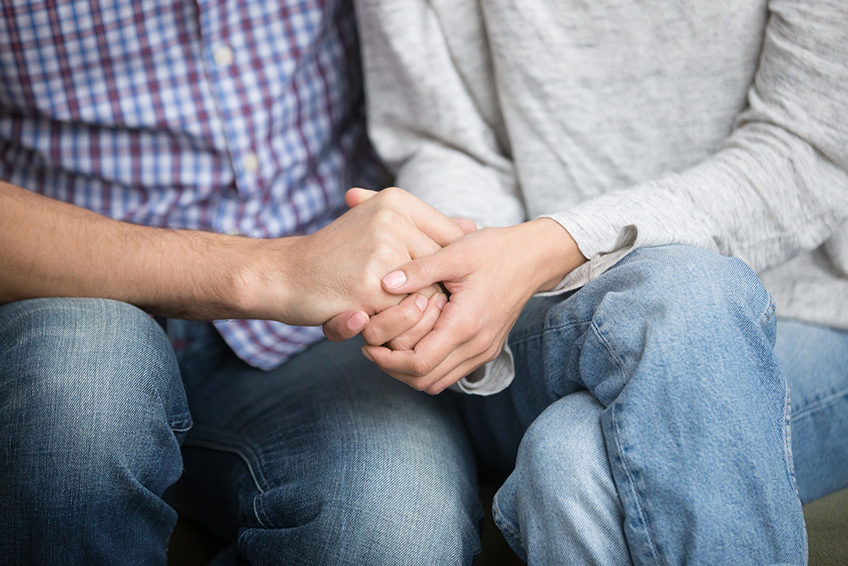 Infertility is a common condition with important psychologic, economic, demographic, and medical implications. Demand for infertility services has grown substantially, even though the prevalence of infertility has been stable. This phenomenon may be due to entry of the “baby boom” generation into the reproductive age group during a period of highly publicized technologic advances and unparalleled publicity given to fertility issues in the lay press.

Fecundability, the probability of achieving a pregnancy in one menstrual cycle, is a more accurate descriptor because it recognizes varying degrees of infertility.

The concept of fecundability has proven useful for establishing normal parameters in studies of fertility potential:

While these studies demonstrate that the large majority (80 to 90 percent) of apparently normal couples will conceive within the first year of attempted conception, they also show that the fecundability of the test group decreases over time and with increasing age of the female partner. Patients who have not achieved pregnancy after 12 months have even lower fecundability. Five to 15 percent of apparently normal couples will conceive in the second 12 months of attempted conception so that after 24 months of trying to become pregnant, 95 percent of couples will have conceived.

Several authorities have proposed a system of prognostic grading in conjunction with statements describing the couple’s fertility history and diagnosis in order to reduce confusing terminology and to facilitate an appropriate treatment plan. This system has not yet been widely accepted. In general, women who are under age 30, who have a less than two-year history of infertility, who have had a previous pregnancy, and who do not have tubal disease, anovulation, partners with male factor infertility, or endometriosis, have the best prognosis for treatment-independent conception.

The National Survey of Family Growth (NSFG) interviewed 12,279 women aged 15 to 44 years to estimate the prevalence of infertility in the United States. A woman was considered infertile if she reported she and her husband or partner were continuously married or cohabiting during the previous 12 months or longer, were sexually active each month, had not used contraception, and had not become pregnant. The percentage of women meeting these criteria was 8.5 percent in 1982. It fell to 6.0 percent from 2006 to 2010. This figure is lower than the incidence of infertility estimated from prospective studies in the U.S., which ranges from 12 to 18 percent. It is also lower than the rate in nulliparous married women (women who have not given birth to a surviving baby), which represents primary infertility. The frequency of primary infertility in married women by age groups was: women 15 to 34 years, 7.3 to 9.1 percent; 35 to 39 years, 25 percent; 40 to 44 years, 30 percent.

The reasons for these discordant trends cannot be fully explained. However, it is clear that many women seek medical advice and intervention to help them become pregnant. In a 2002 NSFG report, 2 percent of reproductive aged women had one or more visits with a health care provider for this indication and 10 percent had received infertility services at some time in their lives. In the most recent report in 2013, 64 percent of nulliparous married women with infertility intended to have a child, as did 53 percent of parous, married, infertile women.

Worldwide, the prevalence of infertility is highest in Eastern Europe, North Africa/Middle East, Oceania, and Sub-Saharan Africa. Worldwide, in 2010, 1.9 percent of women aged 20 to 44 years who wanted to have children were unable to have their first live birth and 10.5 percent of women with a previous live birth were unable to have an additional live birth. However, definitions and survey methodology of infertility markedly vary between the U.S. and other countries. In this study, infertility was defined as “the absence of a live birth for women who desire a child and have been in a union for at least five years, during which they have not used any contraceptives.”

Some causes of infertility are easily identifiable, such as azoospermia (no sperm cells in the ejaculate), longstanding amenorrhea (abnormal absence of menstruation), or bilateral tubal obstruction. However, the situation is less clear in most couples: the sperm may be reduced in number, but are not absent; there may be infrequent menstruation with some ovulatory cycles; the woman may have partial tubal obstruction; or a menstrual history may suggest intermittent ovulation. It is often difficult to weigh or prioritize these findings when counseling infertile couples or planning treatment programs.

Adding to the complexity of the situation, there are few data regarding the predictive validity of these tests despite their widespread use. Thus, short of the absolute infertility factors mentioned (eg, azoospermia or bilateral tubal obstruction), an abnormal test result cannot be said to be the cause of infertility in a particular couple.

Of note, the total in the above study for all causes of infertility is greater than 100 percent because some couples had more than one problem. The frequency of these factors in infertility is similar whether infertility is primary or secondary, and has not changed significantly over the past 25 years in developed countries.

WHO SHOULD PERFORM THE INFERTILITY EVALUATION?

Infertility evaluations should be directed by physicians with experience in the evaluation and treatment of infertility. In general, obstetricians-gynecologists are able to perform the basics of the fertility work-up. In observational studies, however, providers with expertise in diagnosis and treatment of infertility tended to provide more cost-effective care than less experienced primary care providers, and were generally more able to fulfill the emotional, informational, and diagnostic needs of their patients.

Specific guidelines for practices offering assisted reproductive technologies have been developed by the American Society for Reproductive Medicine.

The general consensus among infertility experts is that infertility evaluation should be undertaken for couples who have not been able to conceive after 12 months of unprotected and frequent intercourse. Earlier evaluation should be undertaken based on medical history and physical findings, and in women over 35 years of age. Some authorities have proposed initiating an infertility work-up after six months of fertility-oriented intercourse without conception since prospective group studies have shown that a significant decline in fecundity occurs by this time.

The timing of initial evaluation of infertility depends upon the age of the female partner, as well as the couple’s historical risk factors. Women experience a decline in fecundity as ovaries age, especially after age 30. Significantly delaying the evaluation and treatment of an infertile woman in her mid-thirties may diminish the success rate once therapy is initiated. For these reasons, in women between 35 and 40 years of age, we initiate the infertility evaluation after six months of frequent unprotected intercourse without conception and we initiate the evaluation after less than six months in women over 40 years of age. The American College of Obstetricians and Gynecologists (ACOG) and the American Society for Reproductive Medicine (ASRM) recommend that women older than 35 years receive an expedited infertility evaluation and undergo treatment after 6 months of failed attempts to conceive or earlier, if clinically indicated.

Evaluation is also initiated promptly if the female partner has a history of risk factors for premature ovarian failure (previous extensive ovarian surgery, exposure to cytotoxic drugs or pelvic radiation therapy, autoimmune disease, smoking, strong family history of early menopause/premature ovarian failure), advanced stage endometriosis, or known or suspected uterine/tubal disease. Male factors can also be indications for initiating early evaluation of the male partner. These factors include a history of testicular trauma requiring treatment, adult mumps, impotence or other sexual dysfunction, chemotherapy and/or radiation, or a history of subfertility with another partner.

For younger couples who present with fewer than 12 months of attempted conception, we suggest focusing the initial intervention on teaching timed intercourse, often with the aid of a urinary ovulation predictor kit, and advising that they wait at least 12 months before initiating the infertility evaluation. This recommendation may be modified to fit the specific circumstances of the couple.

In addition, we recommend changes in lifestyle factors that may improve fertility, including achieving an ideal body mass index, cessation of smoking, and limiting exposure to caffeine and alcohol. As discussed above, evaluation is initiated sooner if the female partner has a history of oligomenorrhea/amenorrhea, chemotherapy and/or radiation, or endometriosis, known or suspected tubal disease, or if male risk factors are present.

The recognition, evaluation, and treatment of infertility are stressful for most couples. The clinician should not ignore the couple’s emotional state, which may include depression, anger, anxiety, and marital discord.
It is important to remember that the couple may have multiple factors contributing to their infertility; therefore, a complete initial diagnostic evaluation, including a complete history and physical examination, should be performed. This will detect the most common causes of infertility, if present. Evaluation of both partners is performed concurrently. The same approach is used for both primary and secondary infertility.

The following tests are useful in most couples with infertility:

Once the cause of infertility is identified, therapy aimed at correcting reversible etiologies and overcoming irreversible factors can be implemented. The couple is also counseled on lifestyle modifications to improve fertility, such as smoking cessation, reducing excessive caffeine and alcohol consumption, and appropriate timing and frequency of coitus (every one to two days around the expected time of ovulation or according to an ovulation predictor kit).
Therapeutic interventions for treatment of male and female infertility may involve drug therapy, surgery, and/or procedures such as intrauterine insemination or in vitro fertilization. Further research on causes of infertility and therapeutic modalities is needed to improve the overall success of infertility treatment. Reducing the cost of therapy, the risk of multiple gestation, and complications such as ovarian hyperstimulation will improve patient acceptance of, and the safety of, infertility therapy.

Women who use infertility therapies (in vitro fertilization [IVF] or non-IVF) appear to have a small but statistically significant increase in risk of some pregnancy complications, such as preterm birth. Compared to the general population, an increased risk of preterm birth and low birth weight has also been observed among untreated subfertile women who conceived naturally. The relationship between the various causes of infertility, types of infertility treatment, and pregnancy outcomes requires further study to determine the specific risks and the mechanisms involved.